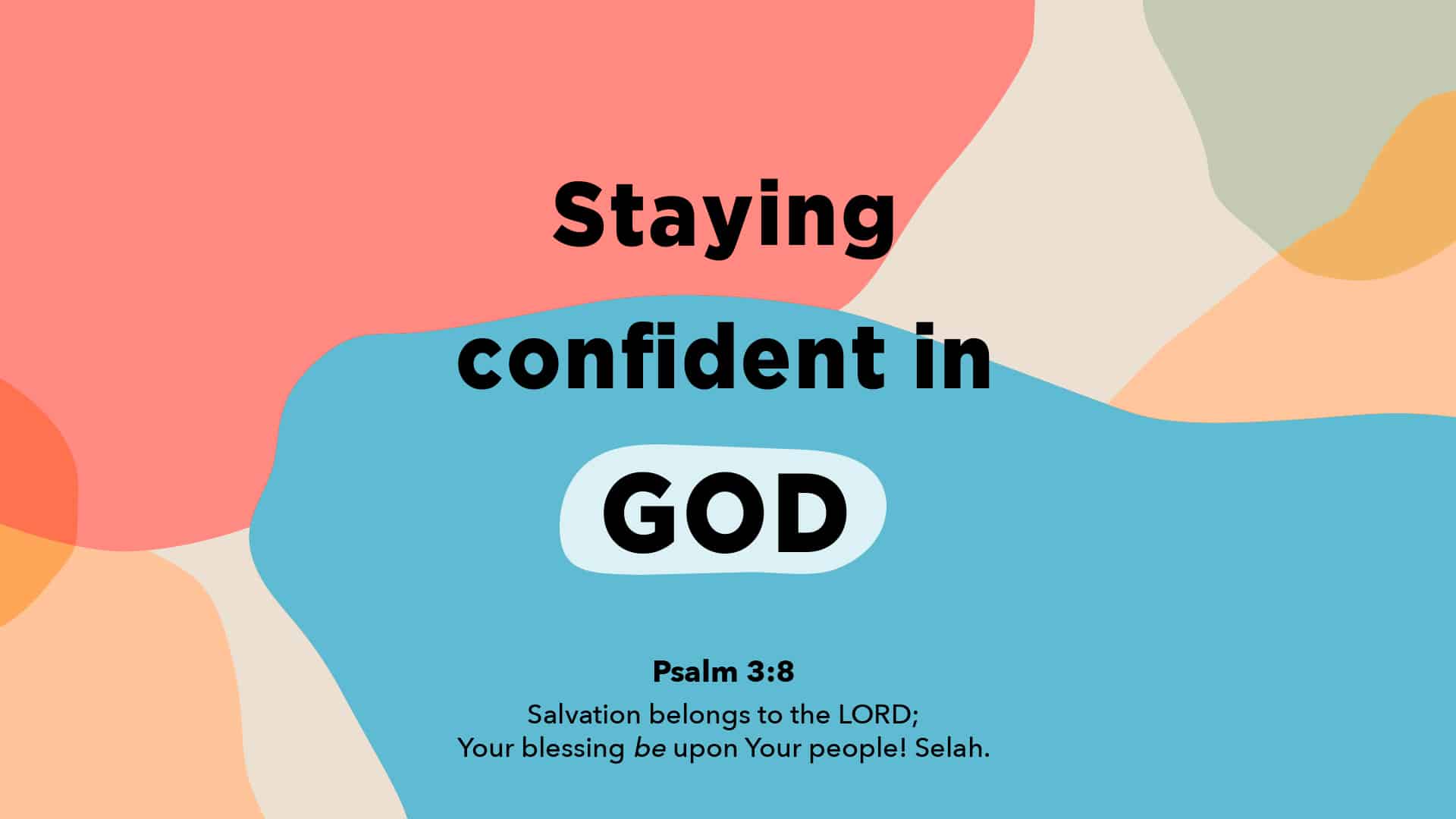 The superscript of Psalm 3 gives us the context to why David wrote this Psalm. He was fleeing from Absalom his son, who rebelled against him. The content of the Psalm also tells us that he was being pursued by many other foes. They all came upon him like unrelenting waves, one after another. Here David detailed the depth of his despair but yet how deeply he still trusted the Lord.

To know the depth of David’s anguish as well as the extensiveness of Absalom’s revolt, we need to go to 2 Samuel 15 to 17 for the backdrop. Without the background information it would be difficult to imagine David’s deep despair and serious dilemma. Absalom was his own son, and he loved him very much. So it was unthinkable for him that the latter should engineer the revolt. The people of Israel, who were once his royal subjects, were now in cahoots with his rebellious son. Second Samuel said that Absalom had stolen their hearts. They were now working in collusion with him to topple and usurp David’s throne. Thus, he was forced to flee for his life. Yet Absalom continued to pursue him.

Second Samuel also narrated how David was confronted and cursed by Shimei while he was fleeing from Absalom. Shimei even had the audacity to rebuke David and suggest that his trouble was a divine retribution. The words of Psalm 3:2, that “There is no deliverance for him in God,” could well be the very words that Shimei had voiced loudly for his hearing. They were words calculated to unsettle him and to rock his faith in God. But David was unfazed, Psalm 3:3 seemed to be his response. He looked up to God and cried out, “But You, O Lord, are a shield about me, my glory, and the One who lifts my head.”

Every time condemning words assailed him, David would remind himself of the countless times God had answered him during his perilous times. So he paused to recall the times God had intervened and acted on his behalf. So he said, “I was crying to the Lord with my voice, and He answered me from His holy mountain.” David often took the time to stop, reflect, and pray when trouble assailed him, what about us? In times of our trouble would we be like him, pause, and cry out to God for strength? Interestingly, the word “Selah” at the end of the Psalm, suggests that just as David did, so his listeners would pause for a time of reflection.

David’s past experiences taught him to trust God. Hence, he could sleep soundly in the most trying of circumstances. He had learned to place his life confidently into the hand of God. Self-assuredly, he wrote in verse 5 that “I lay down and slept; I awoke, for the Lord sustains me.” Even for what has not yet come, he also learned to place them in God’s hand. So in Psalm 3:6 he confidently proclaimed, “I will not be afraid of many thousands of people who have set themselves against me round about.” He also had resolved not to take matters into his own hand but would rather turn his problems over to God in prayer. So he boldly prayed, saying “Arise, O Lord; save me, O my God! For You have smitten all my enemies on the cheek; You have shattered the teeth of the wicked. Salvation belongs to the Lord; Your blessing be upon Your people! Selah.”

The key thought of this Psalm is this: God is available and is ready to help, and we can call on Him in times of trouble. David had known God to be his shield when he was running away from Saul and now from Absalom. He was sure God would be more than able to protect him. Like what David had experienced, God will also not let us down when we turn to Him. We must have that same confidence in God as David did. His confidence in God had also helped to see his return to Jerusalem with head lifted high in glorious triumph. Similarly, God will lift-up our head in glorious victory over our difficult circumstances. Just like David, we must keep faith with God through our trials and difficulties. We too must learn to cry out confidently to the Lord. Be assured that God will hear our cry for help, and deliverance will surely come from His very presence. So be sure to stay confident in God! 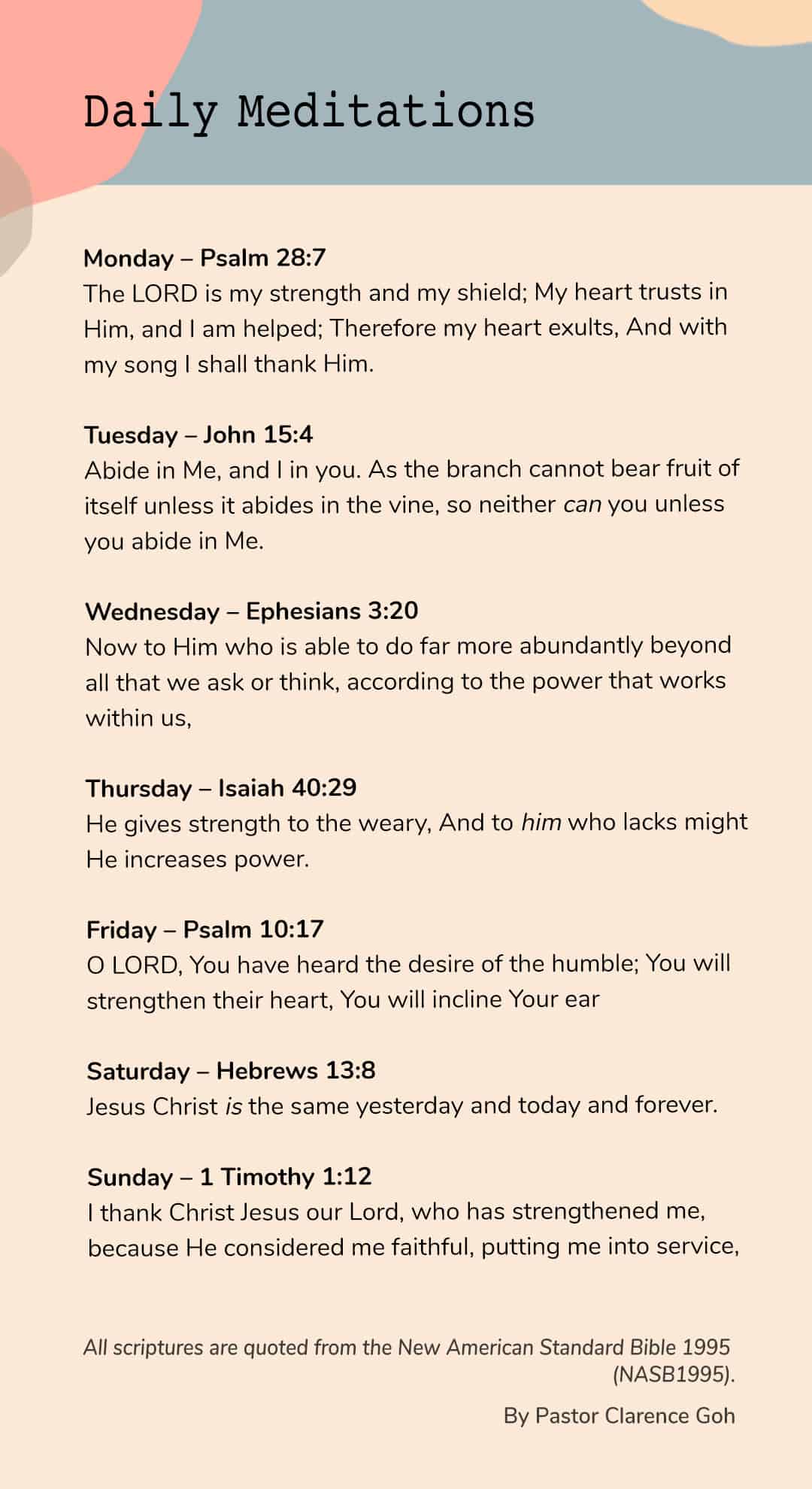