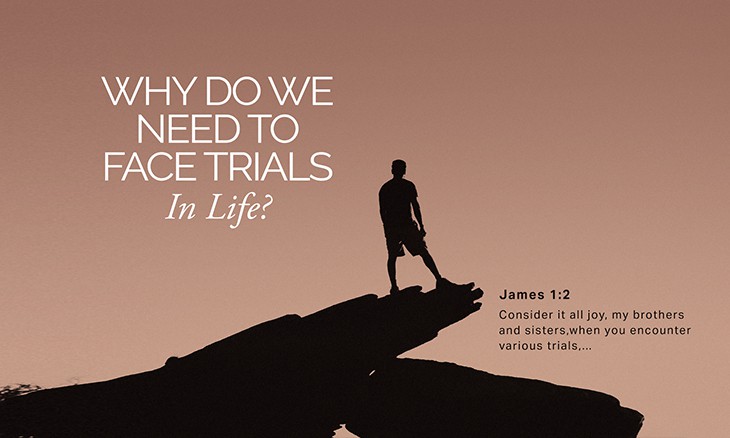 James, the brother of the Lord Jesus Christ, wrote his letter to the early Christians who were undergoing persecution and pressure. In the opening verses, he called himself a servant of God. This reflects his humility. Although he was the earthly brother of the Lord and was the president of the Jerusalem Council, yet he did not take advantage of his relationship and position. He would rather be identified as the Lord’s servant.

The recipients of his letter were acknowledged as “the twelve tribes who are dispersed abroad.…” With that phrase, he was not only writing to Jewish believers but to all Christians. He was in fact taking a leaf from the history of Israel in their wandering. Like them, we are also God’s people scattered as foreigners all over the world. Here we see a non-elaborate salutation. James simply greeted them and then plunged into the topic that was foremost on his mind – trials.

In verse 2, we see the facts about trials. The word “when” suggests that trials are part and parcel of life. James did not use the word “if” but “when”. In other words, trials are inevitable in life. In verse 3, James went on to give some facts about trials. Although the word “trials” simply means hardship or affliction, here, it is made interesting by the adjective that modifies it. The word “various” can be defined as “many-colored or variegated.” It tells us that trials can come to believers in different shapes and forms. Some are straightforward; others can be complex, complicated, and intricate. We can all attest to that.

James then went on to give the reason for trials in one’s life. He said that they are allowed into the believers’ lives to prove their faith. The genuineness of one’s trust in the Lord would never be known without trials. And it is true that trials not only make a man but also reveal what a man is made up of. When a believer successfully endures the test, he would be perfect and complete, lacking nothing. The word “perfect” does not mean to be sinless but mature. Hence, James also prescribed the right response when encountering trials.

How should one respond to trials? We are told that the right response to trials in life is to learn to be joyful over them. It is implied that God allows the trials. We know this to be true because He controls everything completely. Hence, trials would never come upon a believer’s life without God’s consent.

In a nutshell, we know that trials should be accepted with a joyful attitude, because God uses them to mold, develop and to make us mature and complete people of God, lacking nothing in life. Take heart in trials, God is bringing the best out of us through the trials we encounter! 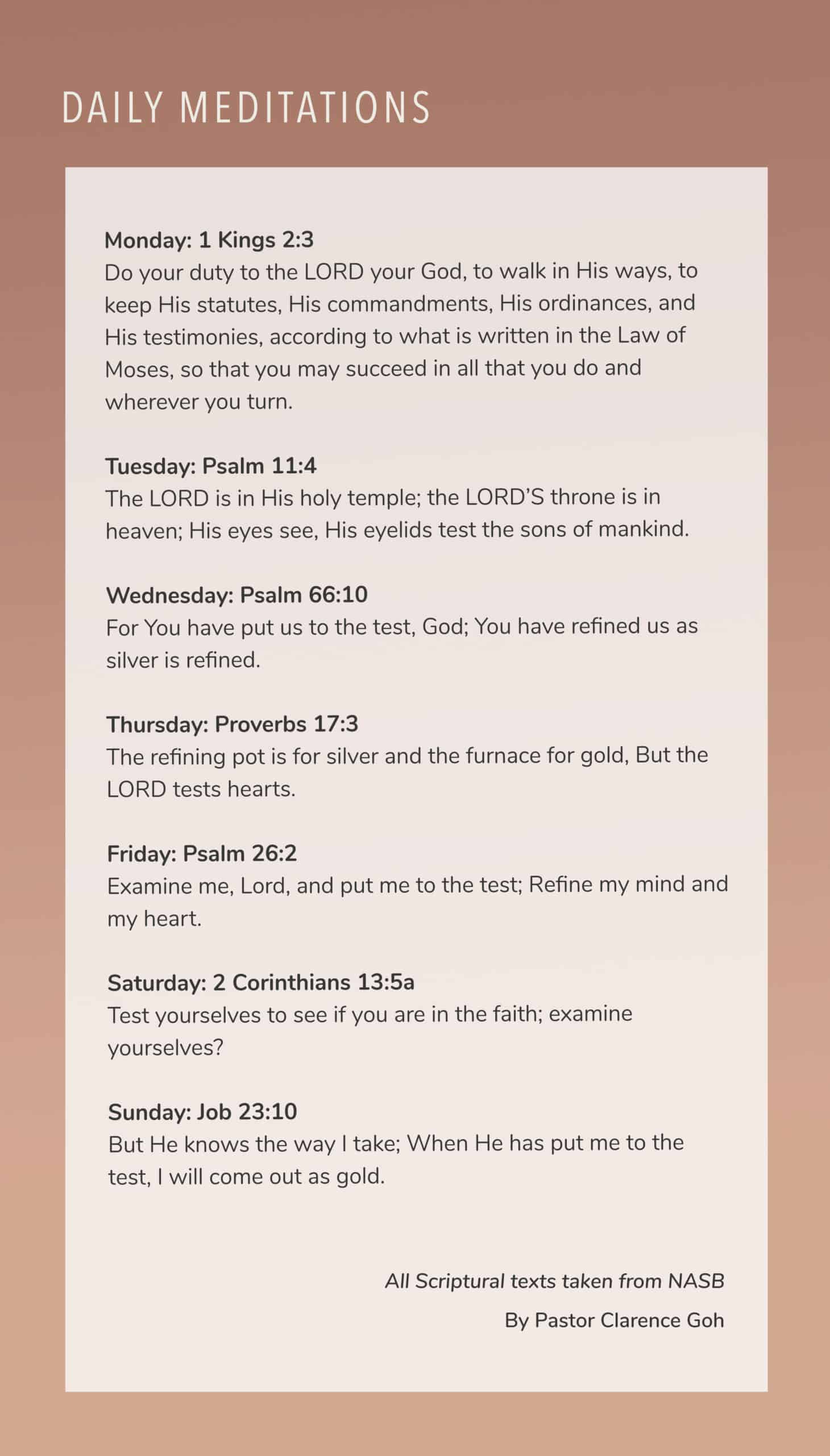