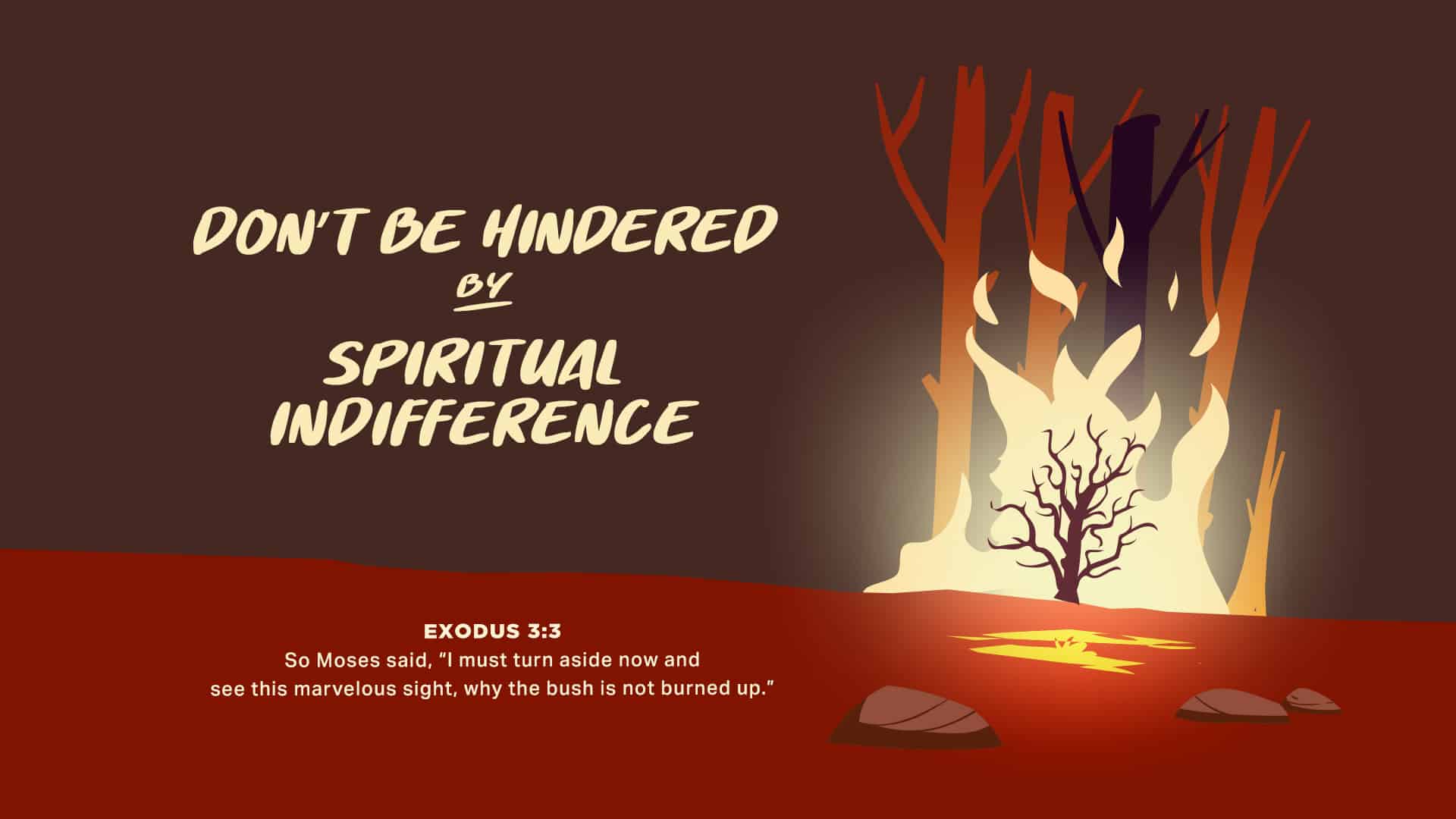 Prayer was what the children of Israel did for years under the unremitting oppression of Pharaoh’s taskmasters. For 400 years, they work with every ounce of their energy under the sweltering, scorching desert sun of Egypt, building huge monuments for Pharaoh. For years the cracking sounds of the whips of their Egyptian oppressors never ceased. Yet in the long hours of their prolonged desperation, they prayed. The good news is, all the while God heard their groanings…, and He remembered…, He saw…, and He took notice. So, regardless of what we think about God, the best remedy in prolonged anguish is still prayer. We need to pray regardless of how long prayer may seem unanswered. Remember, even our Lord Jesus resorted to prayer in His hour of desperation. Hebrews 5:7 says that the Lord, “In the days of His flesh, He offered up both prayers and supplications with loud crying and tears to the One able to save Him from death, and He was heard because of His piety.”

In answer to His people’s groanings, God initiated the process of delivering them with an encounter with Moses at Mount Horeb. Another name for Horeb is Mount Sinai. What made this mountain unique was the burning presence of God. If not for this presence, Horeb would be just another mountain. It was right here that the angel of the Lord appeared to Moses in a flame of fire, coming from within a bush. The uniqueness of the whole scene was that the bush was not consumed by the fire. However unusual the sight might be, it would amount to nothing had Moses lacked any wonderment. It was his curiosity that led him to turn aside to look at the matchless manifestation of God. Without that, he would have given the scene a pass, thinking and seeing nothing of it.

Moses took the time to turn aside to scrutinize the scene. If he had not, he would have totally missed the call of God. He could even have raised many excuses for not turning aside. For he was busy shepherding his father-in-law’s flock. There could be so many “so-called reasons” in the things he needed to do. He could excuse himself by saying that time was not freely at his disposal. And it was not as if he was sitting idly by and doing nothing. Yet we can see that Moses chose to draw near deliberately to the burning bush to scrutinize what was taking place. He did not let the opportunity pass.

Are we like Moses? Do we have any wonderment that will increase our inquisitiveness to go after God? Are we so caught up in the mundane activities of our life that we presume that we do not have time to seek God? We can never know true life until we have an encounter with God. And we can never encounter God if we do not take the time to draw near. Let us not be so consumed with other activities that we have no time to encounter God.

The burning bush unconsumed by the fire was not just a natural phenomenon, it was a supernatural sign. In his years as a shepherd in the desert, Moses must have seen many bushes burnt into chaff many times. Yet this one was unusual. The fire that surrounds that bush did not consume it. Why? God has control over the fire. And only He has the power to keep a bush unconsumed by His all-consuming fire. As the consuming fire, God’s glory will never be extinguished. His attractiveness will never diminish. He will always burn brightly and fervently. We can never experience God as the all-consuming fire if there is no desire or curiosity for the divine. What is our desire quotient today? Do we yearn to encounter God so much so that we will spare no effort and time to draw near into the presence of God? Let us decide not to let our spiritual indifference hinder us from obtaining the rich experiences we can find and encounter God! 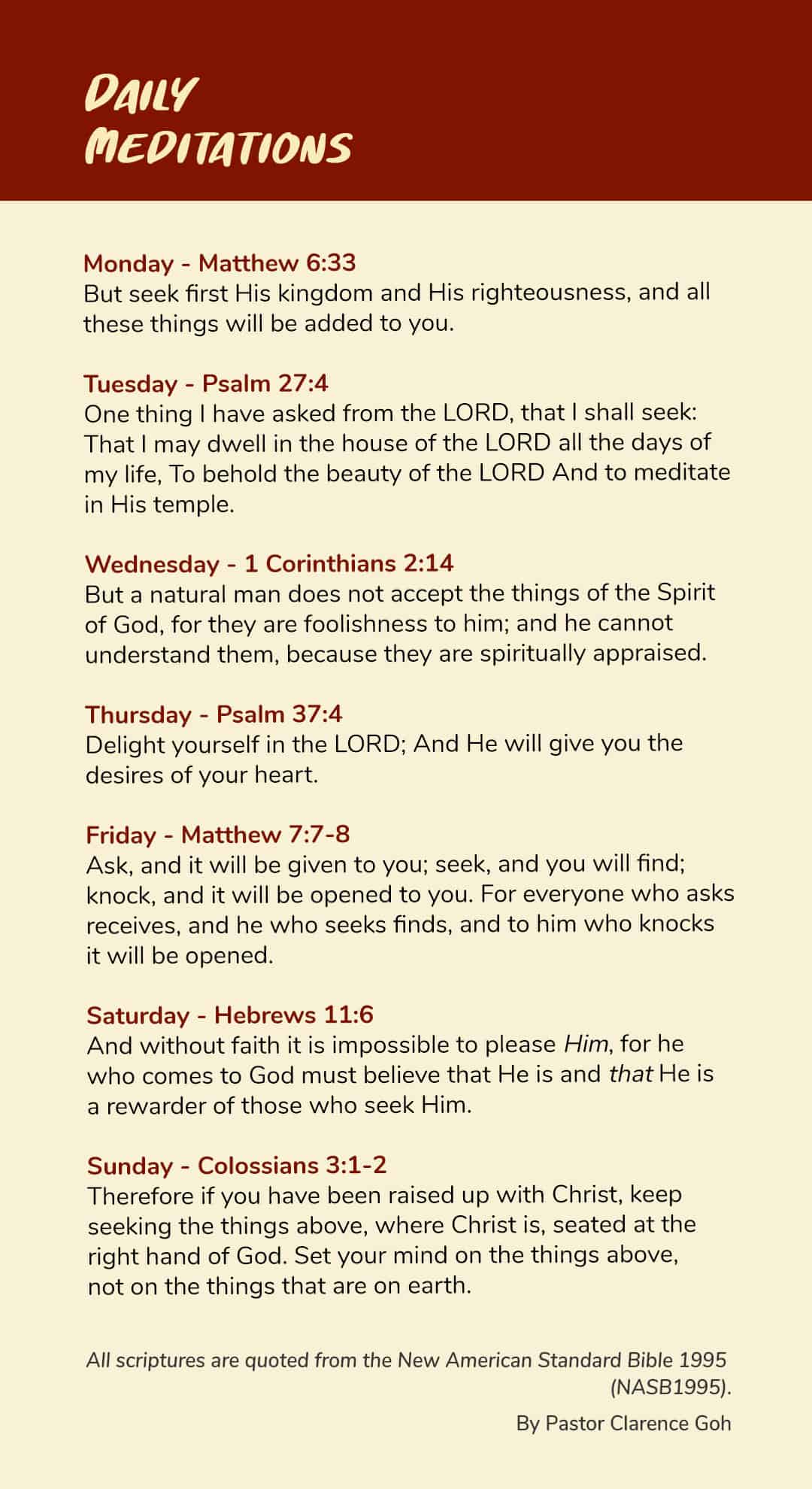