Genesis 18:9-15 described a conversation that Abraham had with three heavenly visitors whom he entertained and showed great hospitality. One of the three was a Theophany, that is, God appearing in human form, long before Christ’s incarnation. And the other two were angels that accompanied the Theophany. After the meal, Abraham was asked pointedly, “Where is Sarah your wife?” It would not be overstating to say that by this time Abraham would have surmised that he was being visited by the Lord. How so? At no time did Abraham tell Him about Sarah, his wife. Yet He knew her name and that she was barren. Besides, He was there to address the issue of her inability to bear a child. And she overheard what the Lord said to Abraham, “I will surely return to you at this time next year; and behold, Sarah your wife will have a son.”

Though we are not told of Abraham’s response here, we are given a glimpse of Sarah’s. She was stationed discreetly somewhere inside the tent because that was the position required of a married woman in that culture. Genesis 18:11 specifically revealed that she had past the age of childbearing, meaning she was already well beyond her menopausal age. Humanly speaking there was no way she could conceive, and she knew that well. On hearing what Abraham was told, she laughed to herself and mused, “After I have become old, shall I have pleasure, my lord (Abraham) being old also?” Sarah was not sneering arrogantly at the news she heard. She was laughing to herself because she knew that her desire for sexual pleasure were at its lowest ebb, this plus Abraham’s age would make the conception of a child impossible.

Sarah probably did not expect God to know her silent retort to the news, but He did. So the Lord plainly asked, “Why did Sarah laugh?” To laugh at the suggestion of something humanly impossible is not uncommon. In today’s setting there are still people, even Christians, who believe that miracles are things of the past. As Christians we worship and serve a miracle working God. He is still in the business of the miraculous. We must learn to live in the rhythm of this miraculous God. The fact that we continue to breathe, and our hearts continue to beat every moment of the day, attest to the goodness of our miracle working God. The different organs of our body that function perfectly and coordinately are in themselves God’s miracle in operation. Admit it or not, each of us, in God’s time, is a miracle going somewhere to happen.

Sarah’s musing of disbelief brought about a statement by the Lord that ought to etch indelibly in our heart: Is anything too difficult for the LORD? Whatever situation we each may face, be sure that our Lord is fully aware of them, and He is in the process of working out a solution on our behalf. What we need to do is to collaborate with Him in obedience. There is nothing in life that God does not have an answer. Abraham’s and Sarah’s response were too human and too earthly. Their response to the news is a lesson for us to never question the ability of God. In Sarah’s situation the Lord emphasied again that “At the appointed time I will return to you, at this time next year, and Sarah will have a son.” With God there is no impossibility!

Sarah probably stepped forward, feeling embarrassed, as she denied that she laughed. The parting shot of the Lord to her was, “No, but you did laugh.” Nothing is hidden from the Lord. This underscores the necessity for us to be honest with the Lord. Sarah did not forget that incidence. How do we know? For she named the son she gave birth to Isaac, meaning laughter. Henceforth, she would never again forget the miracle of God every time she looked at her son. We serve this wonderful God, so let us live in the dynamics of His miraculous working in our lives! 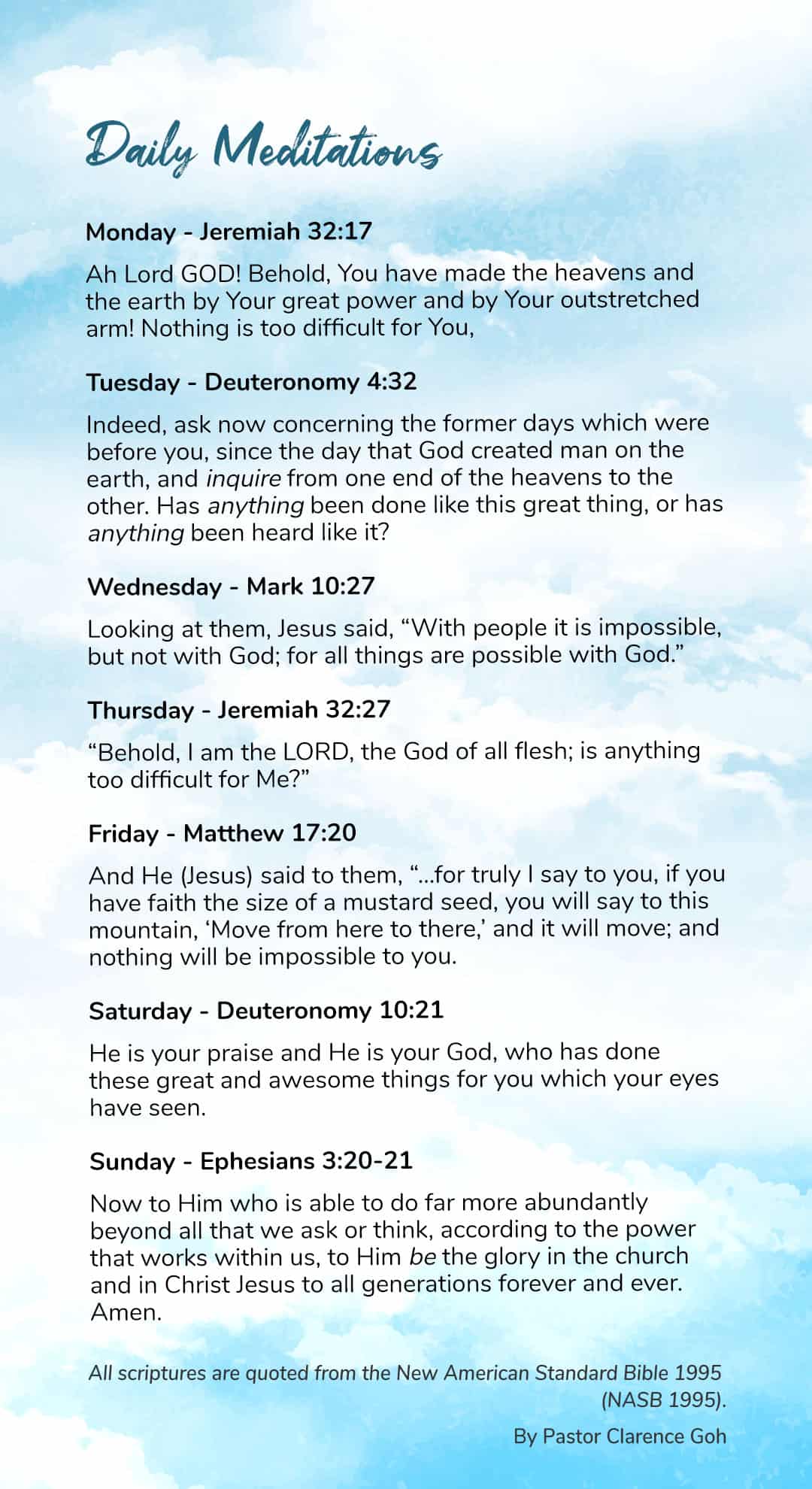