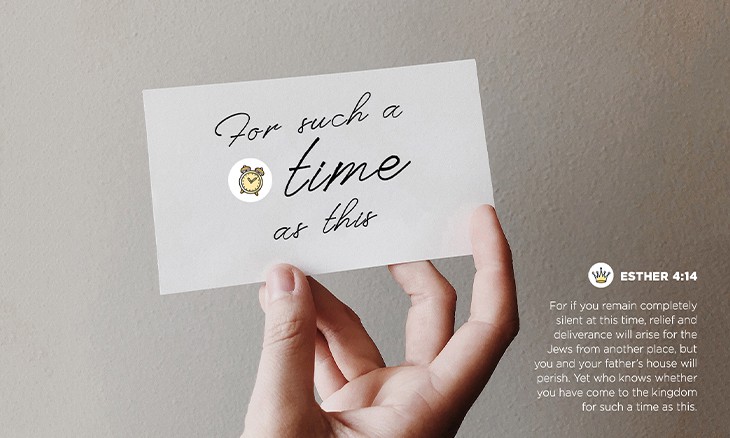 Many Christians are familiar with the words given by Mordecai to Esther at a critical time in Israel’s history. Fortunately, Esther gave heed to his words and risked her life in coming before the king on behalf of her people (Esther 5:1-2). We have considered some lessons from Esther in previous devotionals, but several themes keep reoccurring that warrant our attention.

There are three primary points from Esther I would like to highlight that should prove helpful in our current walk with the Lord.

1) The Sovereignty of God
How was it possible for Mordecai, a first cousin of Esther, to come into such a prominent position at a time when annihilation was determined for the Jewish people? The gallows were set for Mordecai and the purge was about to begin. How did things suddenly change in Mordecai’s favour?

That night the king could not sleep. So one was commanded to bring the book of the records of the chronicles; and they were read before the king. And it was found written that Mordecai had told of Bigthana and Teresh, two of the king’s eunuchs, the doorkeepers who had sought to lay hands on King Ahasuerus. (Esther 6:1-2)

Was it coincidence that the king just happened to have a sleepless night and felt prompted to have read to him the record of the kings? Was it coincidence that there was a time that Mordecai acted on behalf of the king to save his life? It may have seemed that his act was forgotten yet at the appropriate time the Sovereignty of God moved on behalf of Mordecai and Israel.

There are many other examples in Scripture such as Moses at the Red Sea or Joseph while he was in prison (Exodus 14:21, Genesis 41:8-14). In each example, Moses and Joseph were exactly where God wanted them to be. They each discerned their respective “For Such a Time as This Moment”.

2) What a difference a day makes
Try to imagine the scene at the time of Esther. By all-natural occurrences, their situation was hopeless. Haman, the chief of the king’s princes, had authority and means to carry out the evil plot of destroying the Jews. Due to the intercession of Esther before the king and the prayers of Mordecai and others the tables were totally turned around in one day.

So they hanged Haman on the gallows that he had prepared for Mordecai. Then the king’s wrath subsided. (Esther 7:10)

God allowed Haman to feel he was in the ascendancy. His boasting and pride allowed for iniquity to become ripe. One day he is on top of the world the next day he and his family are judged. The fortunes of Israel turned in an instant. This account should encourage and strengthen our resolve to keep pressing on in God. Another example from Scripture is when the Assyrians were bearing down upon King Hezekiah and Israel. In the matter of one night,185,000 men of the Assyrian army were slain (2 Kings 19:35). Remember, we serve the God of the Suddenly (Psalm 64:7).

3) Such a Time as This for You
Have you ever given thought to the privilege of living in such a time as this? The writer of Hebrews shares the exploits of the men and women of faith throughout Biblical history in Hebrews 11. It is important to note the last verse of that great chapter.

God having provided something better for us, that they should not be made perfect apart from us. (Hebrews 11:40)

As great as their exploits were their works are not totally fulfilled and realised without us. Do we recognise the Sovereignty of God at work in our lives? Do we hear what the Spirit of God is saying to us in the same way Mordecai spoke to Esther? Things may look dire and desperate in today’s world however everything can change in an instant. Let’s reflect on this beautiful book and its message. Never forget, you were brought to the kingdom of God for such a time as this! 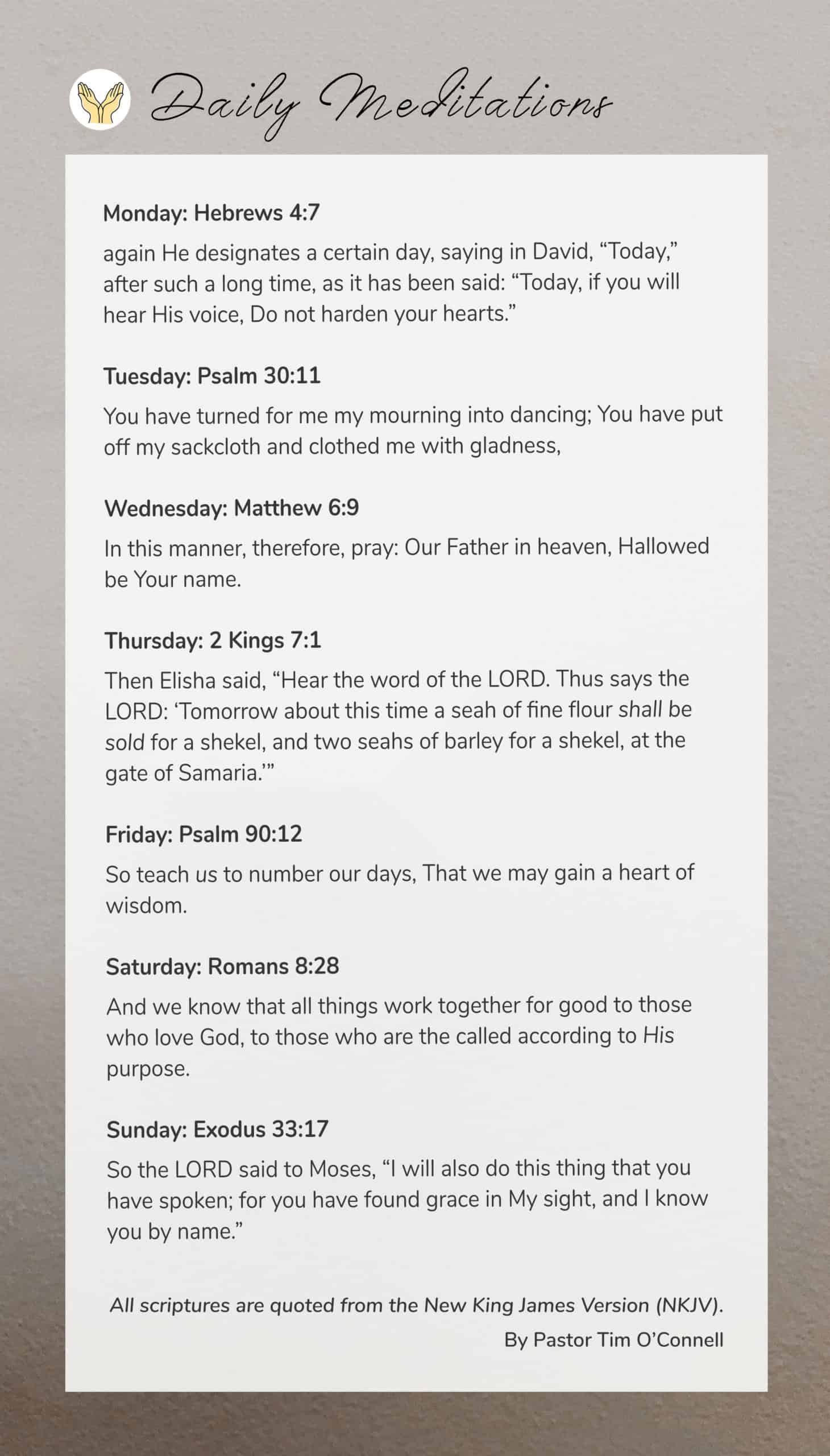