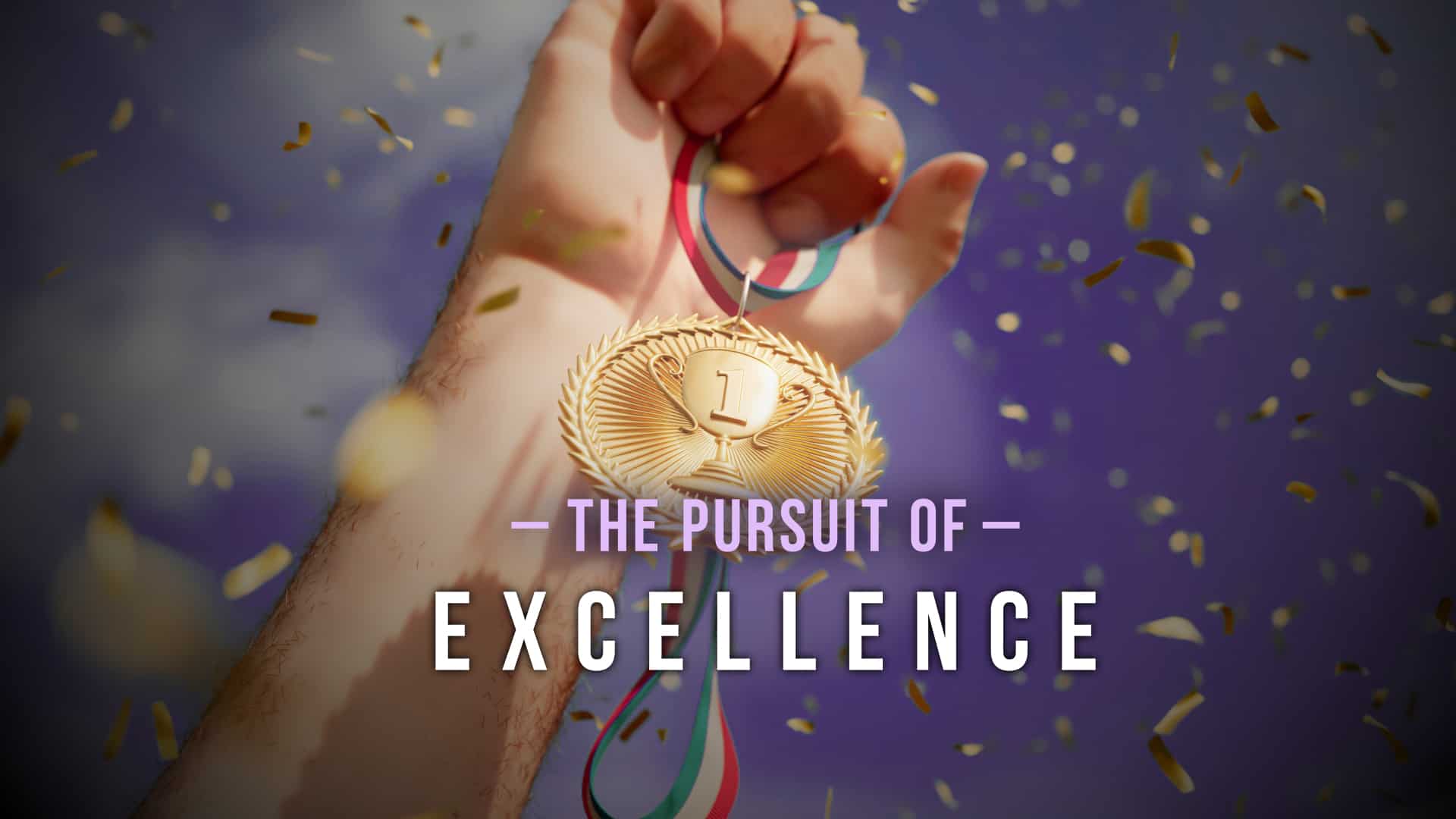 Lighthouse Evangelism has eight values that serve as the underlying foundation of the Church. One of these pillars is “Excellence”. What does this look like and what does it mean to each of us as Lighters? First, it must be understood that the God we serve is a God of Excellence.

David had this revelation of God as he observed the creative handiwork of God, while viewing a night sky. He then marvelled how God could take note of someone like himself (verse 4). God is also excellent in the work that He is engaged in.

“This also comes from the LORD of hosts, Who is wonderful in counsel and excellent in guidance” (Isaiah 28:29).

God’s work of excellence can be seen from beginning to end, from Genesis through Revelation. This then begs the question, what about us, can we be defined by excellence in the things we do? Remember, Lighthouse Evangelism seeks to manifest this beautiful quality of excellence in its mission. Let’s consider two Bible characters who provide key insights as to what excellence looks like and how it can be achieved.

The Apostle Paul and Excellence

For the time will come when they will not endure sound doctrine, but according to their own desires, because they have itching ears, they will heap up for themselves teachers (2 Timothy 4:3).

Do you see a “pursuit of excellence” in the above verse? People today are settling for an inferior brand of Christianity, characterised by a “serving God on my terms” type of mentality. God is calling the Church and Lighthouse Evangelism to “Excellence”. Let’s consider the passion and desire that Paul had for Christ.

that I may know Him and the power of His resurrection, and the fellowship of His sufferings, being conformed to His death, if, by any means, I may attain to the resurrection from the dead (Philippians 3:10-11).

Paul was able to achieve “excellence” by allowing himself to grow in grace on a daily basis (1 Corinthians 15:10). If this could be a reality for Paul it can be for us as well. Paul understood that in pursuing Christ, he was “pursuing excellence”.

Yet indeed I also count all things loss for the excellence of the knowledge of Christ Jesus my Lord, for whom I have suffered the loss of all things, and count them as rubbish, that I may gain Christ (Philippians 3:8).

Daniel and Excellence
It’s important to take note of Daniel due to the many similarities that can be seen between his day and our own. Daniel lived during Israel’s captivity period in Babylon. He also witnessed the fall of Babylon, which is something that will be seen in the last days (Daniel 5:31, Revelation 17-18). Daniel had a reputation of excellence amongst the people, his peers, and dignitaries of empires. The following is a testimonial from a heathen queen concerning Daniel as Babylon was about to fall.

Inasmuch as an excellent spirit, knowledge, understanding, interpreting dreams, solving riddles, and explaining enigmas were found in this Daniel, whom the king named Belteshazzar, now let Daniel be called, and he will give the interpretation” (Daniel 5:12).

Daniel also had the answers for the king when he was troubled by a disturbing dream (Daniel 2:16). Daniel was a man who was filled with wisdom, understanding and knowledge. God has a similar role and mandate for His church of our day. In fact, it is one of the “specific pillars” that defines Lighthouse as a church. Think of the confusion, chaos and uncertainty that exists today. Is there a church or a people with the calibre of a Daniel, who can emerge in order to give needed guidance and direction? Is it possible that Lighthouse can move in this measure of anointing?

Lighthouse is Called to Excellence

Make no mistake! God is calling Lighthouse and Lighters to be a people of excellence. Christ is our standard and He must be our pursuit. The Biblical men and women of old paid a price. They saw the Lord as worthy of being given their very best. Where are the Paul’s and Daniel’s of today? These men paid a price; they fasted while fervently seeking the Lord in prayer (Daniel 1:12-15). This in turn distinguished themselves from all the others (Daniel 1:20).

Our excellent God deserves the best we can give. God is preparing a people and church to be among those who manifest His greatness in this last hour. The prophetic Words of Isaiah sums up the fruits in one’s pursuit of excellence.

Wisdom and knowledge will be the stability of your times, And the strength of salvation; The fear of the LORD is His treasure (Isaiah 33:6).

Tuesday: Daniel 6:3
Then this Daniel distinguished himself above the governors and satraps, because an excellent spirit was in him; and the king gave thought to setting him over the whole realm.

Wednesday: Colossians 3:23
And whatever you do, do it heartily, as to the Lord and not to men,

Thursday: Isaiah 12:5
Sing to the LORD, For He has done excellent things; This is known in all the earth.

Friday: 2 Peter 1:5
But also for this very reason, giving all diligence, add to your faith virtue, to virtue knowledge,

Saturday: 1 Corinthians 15:58
Therefore, my beloved brethren, be steadfast, immovable, always abounding in the work of the Lord, knowing that your labor is not in vain in the Lord.

All scriptures are quoted from the New King James Version (NKJV).
By Pastor Tim O’Connell