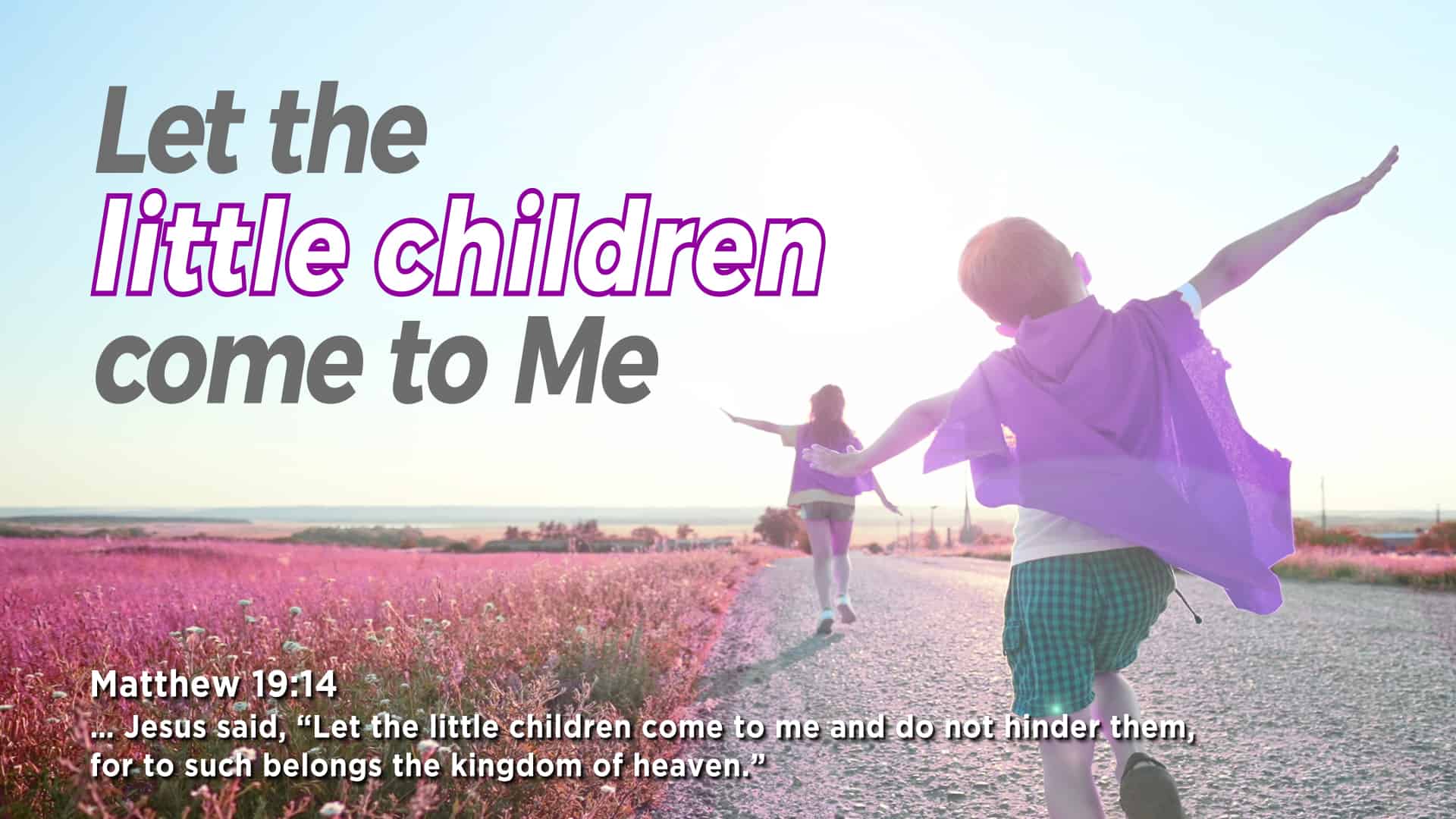 Children’s Day is coming up this week! In Matthew 19, when children were brought to Jesus that He might lay his hands on them and pray, what did He do? His disciples rebuked the people who brought the children, but Jesus welcomed and blessed them.

One of my favourite ministry moments happened when I was a Sunday School teacher in our Sparklight Children’s Ministry. There was a child who was noisy at the back of the class. So, I took him to the side, bent down, and asked if he would worship together instead of distracting other children. He surprised me by saying that he was telling his friend of a vision he just saw during worship! He said that in the open vision, God showed him that he was sitting with Jesus in a flying chariot, and Jesus told him that in future he would be used to prophesy. I gave him a hug and asked him to stay close to Jesus always and cherish this vision in his heart. He smiled and said, “Yes, I pray to Jesus every day!” That day after class, he asked me for my number, which I gladly gave.

Some months later, he called me back, when he was in Secondary 1, and I remembered him fondly. He was also the boy whose parents would make sure he came dressed in his Sunday best. In our phone conversation, he shared that he wanted to be a doctor when he grew up, and I reminded him of the vision. He said yes, he remembers, and that his family has a prayer room where he and his parents would pray together. It inspired me so much that I made sure the first home that I bought would have also a dedicated room set apart to pray.

Parents, we have an awesome task to teach and model a biblical, godly family. The Apostle John wrote, “I have no greater joy than to hear that my children are walking in truth.” (3 John 1:4) Will we model for and train them up in the way they should go (Proverbs 22:6)?

Grandparents, the Bible says that “Grandchildren are the crown of the aged, and the glory of children is their fathers.” (Proverbs 17:6) There is a generational blessing and glory in store when you courageously love and consistently cover your adult children and grandchildren in prayer.

As a church community, we must also support families to be the primary place for discipling children – in what the Bible says and living out God’s Word. The children and youth God has placed in our midst are the future leaders of our church, and they will be the ones fulfilling the Great Commission together with us – not as replacements, but reinforcements.

We must also be aware of our society’s cultural shift towards liberal western values. As followers of Christ, we must not relegate our responsibility of discipling our children to the likes of social media, Netflix, or Disney+. What kind of society do we want in the next ten years? It begins with us today.

We must raise up a generation of children who honour God. Like Daniel, who resolved not to defile himself with the king’s food, nor with the wine that the king drank. Daniel asked the chief eunuch to allow him not to defile himself, and God gave him favour and compassion with the chief eunuch (Daniel 1:8-9). The solution is not to take our children out of society, out of school, or cut off their internet connections. They must be in the world, but not be shaped like the world in their values.

Ultimately, we must inculcate godly values and stay directed by God in the nurturing of our children. Our children will learn by listening to what we as adults say, but more importantly they will observe what we do with our Christian beliefs.

Will our convictions and actions strengthen their walk in Christ?

Tuesday: Matthew 19:14 (NIV)
Jesus said, “Let the little children come to me, and do not hinder them, for the kingdom of heaven belongs to such as these.”

Wednesday: Deuteronomy 5:29
Oh that they had such a heart as this always, to fear me and to keep all my commandments, that it might go well with them and with their descendants forever!

Thursday: Psalm 127:3 (NLT)
Children are a gift from the LORD; they are a reward from him.

Friday: 3 John 1:4
I have no greater joy than to hear that my children are walking in truth.

Saturday: Proverbs 22:6
Train up a child in the way he should go; even when he is old he will not depart from it.

Sunday: Philippians 1:6
And I am sure of this, that he who began a good work in you will bring it to completion at the day of Jesus Christ.

All scriptures are quoted from the English Standard Version, unless otherwise stated.
By Bro David Jeremiah Mok