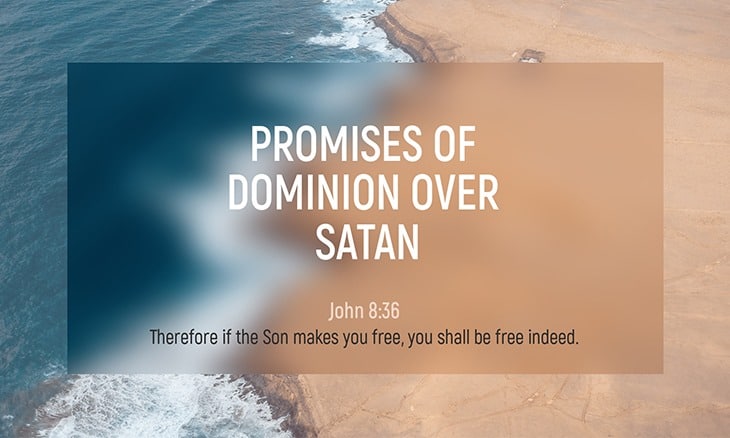 Christ came to save us from our sin and its consequences. As sin was originated from Satan, the Lord has to give us power and authority over the devil so that we could have victory over sin. This dominion over our worst enemy is made possible through the crucifixion, death, resurrection and ascension of Jesus.

1 John 3:8 declares that the Son of God was made manifest to destroy the works of the devil. Have all of Satan’s works been completely destroyed through Christ’s finished works on the Cross? Obviously not. All over the world, people are still suffering the myriad consequences of sin – sicknesses, disasters, wars, oppression and all kinds of misery.

Christ has demonstrated, through His ministry of healing and deliverance, how he destroyed the works of the devil and set the captives free. He then commands us in John 14:12 to emulate Him in the way He ministered to the needy.

This Great Commission is indeed a daunting task, so the Lord has to delegate His authority to us and empower us to bring the lost captives out of darkness and bondage. Here are just two examples of the many promises and assurances He gives us.

But you shall receive power when the Holy Spirit has come upon you; and you shall be witnesses to Me in Jerusalem, and in all Judea and Samaria, and to the end of the earth.”
(Acts 1:8)

And He said to them, “I saw Satan fall like lightning from heaven. Behold, I give you the authority to trample on serpents and scorpions, and over all the power of the enemy, and nothing shall by any means hurt you. (Luke 10:18-19)

According to Scripture, it’s crystal clear that believers, who have received the Holy Spirit, have the Lord’s authority and dominion over the devil.

Years ago, when I was conducting a five-city crusade in Indonesia, I had to travel domestically. On one of the domestic flights, I was flying in a very small plane which got out of control during the flight and I felt as if the plane was swaying like a leaf in the air. The passengers were screaming.

This tiny plane had a flimsy curtain that separates the cockpit from the cabin. One stewardess yelled at the pilot, “What are you trying to do?” He shouted back, “I have no control!”

Something stirred within me and I knew that the devil was trying to destroy me because of the coming crusade where multitudes would be saved. I rose and commanded Satan, “Devil, take your hands off this plane in Jesus’ name!” What happened next was as astounding as if this incident came right out of the pages of the Bible. Immediately, the plane steadied itself like it had a hold of itself again.

All the passengers applauded and a few who were Christians praised the Lord unashamedly. One of them tearfully said to me as we disembarked, “I told my wife that it would be okay to die as Pastor Rony is with us.”

I smiled and simply said, “No, the plane couldn’t go down.” How I wished now that I had explained more to him and his wife regarding our dominion over Satan, but we had to part, and I was too drained.

Yes, we have been given dominion over the devil and his cohorts who seek to destroy us. The Risen Lord has given us authority over them. We must train ourselves to use it against these evil forces in the event of an emergency.

In my healing crusades overseas, I had encountered the following:

All these were averted because we took authority over the devil and Christ honoured His Word. No weapon formed against us can prosper. 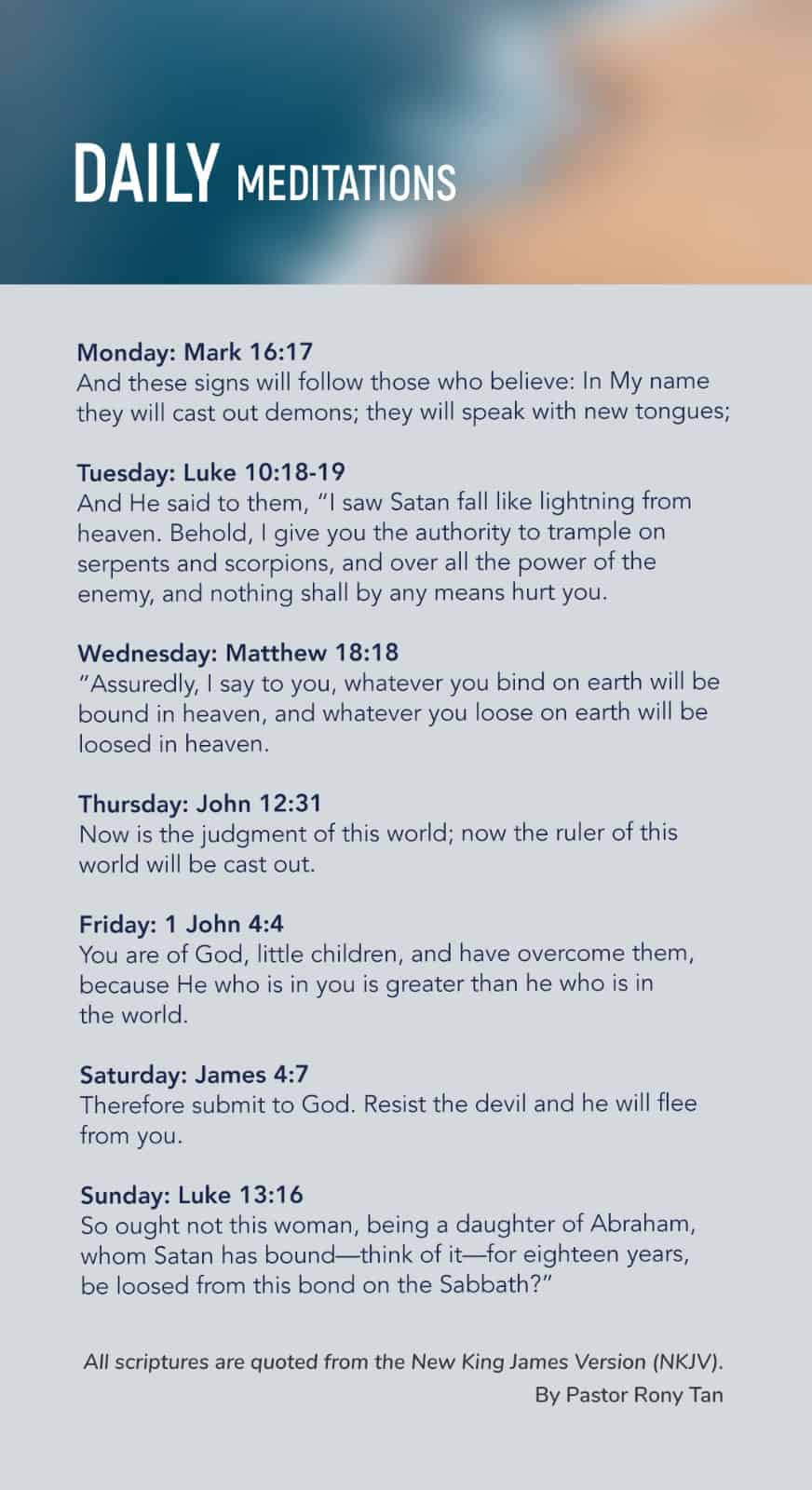